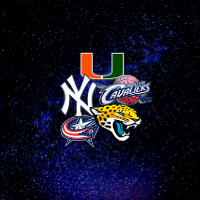 I've been involved in Fantasy Football since the early eighties.. since the days of manually tabulating scores on a Monday or Tuesday following each weeks games. Using whatever Newspaper available that posted consistent statistics for us. We began to use the USA Today paper on a regular basis until the computer age provided a much easier mode of handling that. I began as most did then, basic scoring leagues with buddies. Then of course there came the Yahoo, CBS, ESPN, etc Leagues. Over time I began to investigate the game a little more and subsequently get involved in the Dynasty formats during the early 2000's. One of the online competitors that I talked football with mentioned to me about the set up at Zealots Field Dynasty Leagues and asked if I would be interested in checking it out. I Filled out an application and joined a league. It was an incredibly fun fantasy football experience.  As times evolved I've played free leagues, $25-$50 /person leagues, as well as competed in high stakes Leagues at several levels. Different Leagues with Media members in the Midwest as well as Sportswriters, Reporters, News Editors, and of course with random Owners here and there all over the country. Things evolve for us all and over time it didn't take me long to realize that Dynasty League success had pretty much become the be all to end all for me. Money wasnt the goal and to this point really has little to do with it. Ive basically backed off of the deep ca$h leagues in recent years because I found that the biggest "rush" for me personally was from either starting a team from scratch via the initial Draft and creating a consistent winner or even moreso taking a team that a previous owner may have basically destroyed and in two or three seasons turning that franchise into a contender.

I've remained a part of Zealots Field Dynasty League Football ( http://www.zealotsfield.com/ ) after joining their  leadership team in the approximately 2004. They had been in existence for about a year or so at that point. In the mid 2000s (maybe 2005) Zealots Field began to expand. A new and larger community Message Board was set up via Invision Boards that would be able to handle the traffic. Since that time constant work has been done by many to consistently work to improve the Zealots Field Dynasty Football experience. Although I may be biased I have no problem telling anyone interested in playing simply for pride and/or because they love the competition that in my opinion Zealots Field is the ultimate in a play for the love of Dynasty Football type experience. Zealots Field has a number of different options as far as league types. From old school Classic, Auction Contract, and Collegiate to newer PPR, Relegation, Developmental, and Superflex leagues there is a wide variety of options for players. A couple of seasons ago I stepped away from my leadership position at Zealots Field. Not because I didnt enjoy being a part of it. It was a very difficult choice however- 1) I felt it was time for me to step out and encourage the involvement and growth of other newer and fresher minds when it comes to the Zealots venue and 2) from a greedy stand point on my part and considering the number of leagues that I participate in I wanted to focus making sure I fully enjoyed my own teams more.

The bottom line for me is that I really just enjoy playing against competitive, dedicated, yet also level headed owners in varying Dynasty League formats. Over the years I've competed in as many as 30 leagues in various seasons and currently Ive dialed it back to 22 active and well run Leagues. At this point, I just prefer established league yet Im not opposed to newly formed Dynasty Leagues of experimental form although my days of doing auction/contract leagues are behind definitely behind me. I was fortunate to enjoy some great success in the contract leagues despite how time I allowed them to be for me. Its mostly a matter of my personal enjoyment of the interaction and competition against the many different strategies that various owners bring to the table. I love conversing about football and the many ideas and aspects of the game that come with it. Im married with two grown children (one played the game in college and now coaches) and obviously despite my love of the game of football Im still very much a a family first individual.

As I said, I do love talking football so if you care to please feel free to message me anytime..
Ill respond as I am able to!
#Cheers
Contact me: thejagzone@gmail.com
http://www.zealotsfield.com/
@MarkClapper